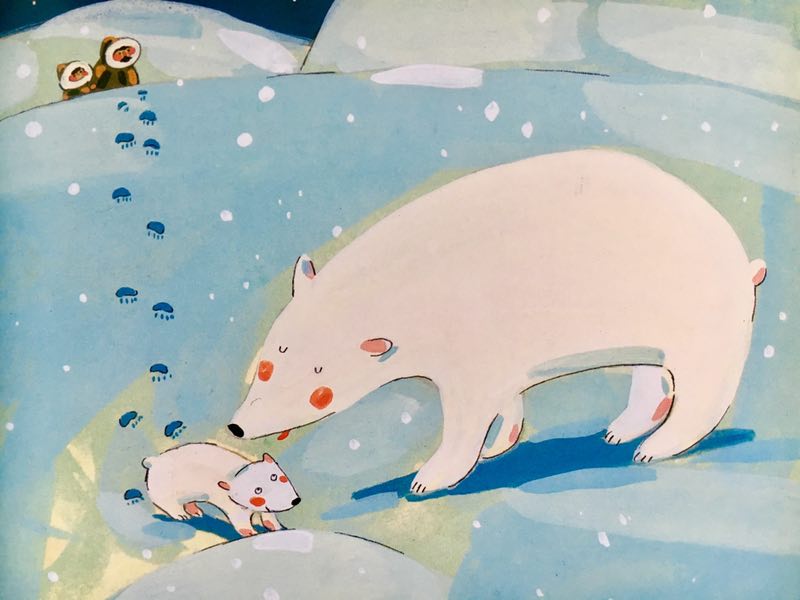 The funny thing about the North Pole, we don’t get news, only thinning ice sheets, every year the hunting season is shorter and shorter, every year my cubs hungrier. It is, for the most part, a solitary life, your kids outgrow you and go searching on their own never to be seen again. You meet a male, a strong male, he hangs around you, protects you from other males, but only long enough to ensure you are pregnant with his cubs. If a stronger male happens to come along, well, it is best not to get too attached.

But you will be there eventually, abandoned to the cold, trying to get enough for your cubs to see you through the harsh winter till springs reviving touch. When it is time to go out once again and hunt for seals. But the seals become less and less. Last season I had but one cub, a rambunctious little one, he always did like to play. Once out of the den, he would run up the hill and then roll down the snow over and over, each time shaking his little muzzle clean only to run back up and do it again. I wish, I wish I had had him save his energy.

I needed to teach him how to hunt, have him follow me, learn from me, but the old hunting ground was now just an empty broken up ice flow. We traveled great distances, too great, swimming until muscles ached, walking until paws swelled. I finally smelled prey. Arriving an hour later I saw it, a seal, engorged with the fish of the cold and bountiful waters.

My approach must be one of the utmost stealth, but there is no cover, no mounds of ice and snow to mask my sight. In water their senses are keen, but on land, their senses are dulled. Charting a path through the ice flow to the prey is no easy feat. Swimming until I was far enough behind, I held my breath and began, moving under the water with my giant frame carefully moving as silent as a fish in a stream. My head poked up just behind it, I could smell its warm blood, I could taste its blubber on my tongue, it had been months. Noting the exact position I prepared for my final dive, but I was too late. My boy had turned around, had seen me behind the beast and called out to me, called out with excitement. The seal dove, there would be no more chance to catch it for in the water they have no rival. We did not smell another for too long, males need to eat so much, I couldn’t.. he didn’t. I am searching now, alone, already no thick sheets remain, traveling across the ice flows saps my strength.

I don’t think I will have another season.

Every year since 1979 the northern polar ice cap have shrunk an average of 8 to 5 square kilometers per year.